Started freediving and spearfishing in 1986. I competed for the first time in 1994 at the Connecticut Open. I won the B division with a bunch of togs with Murphy's beat up 90 cm Viper. I later won the North Atlantic Championships in 2003, 2009 and 2010. I participated in the FIPSA Worlds in Cabo Frio in 2006; came in 13th. I also play underwater hockey with CAMO in Montreal and do a lot of underwater photography. In 2006 I started making spearguns. They are known as Renesub Spearguns. The website is renesub.com

Yesterday I shot a 31 pound yellowtail from the bottom and it took 30 meters of reel line before I reached the surface. It swam all over the place in the rocks and it took me 15 minutes to get to the fish. By that time three morey eels were eating its guts. I was a bit relunctant to grab the fish. Any of you ever got bit?

I always wonder about eels when my legs are laying there behind me, as they usually do, and there are nice cracks where i imagine monsters live…. 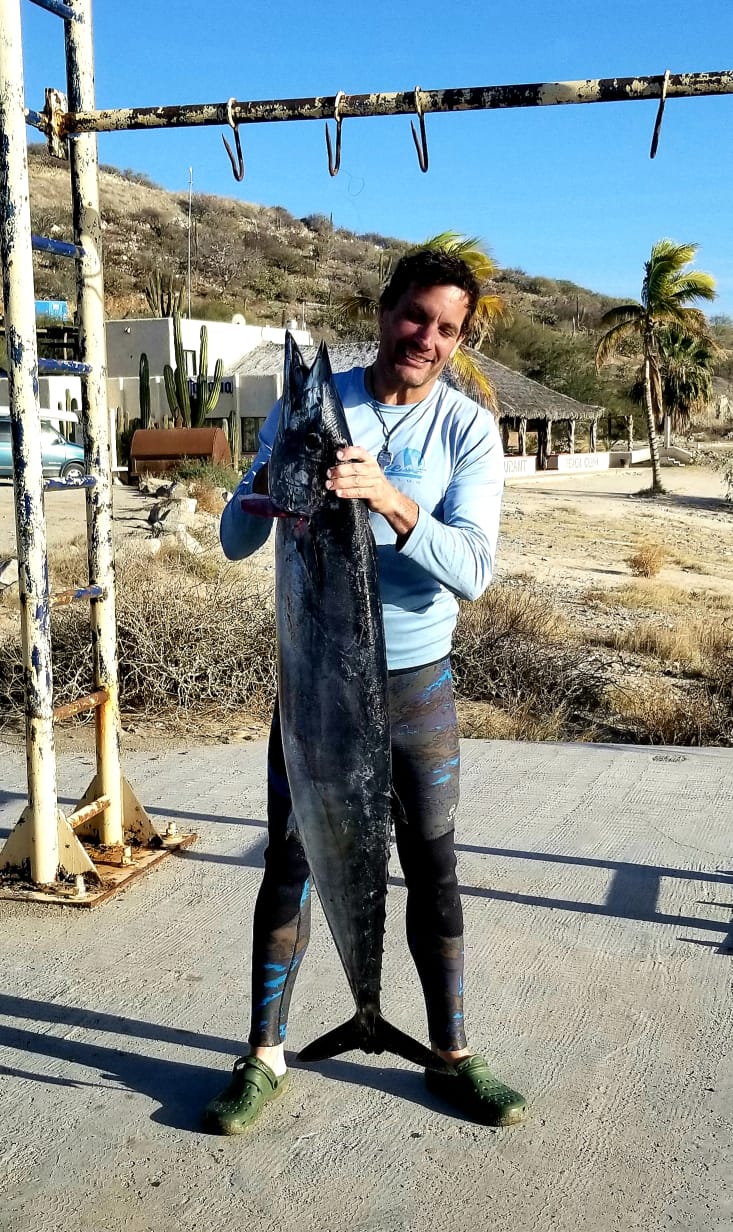 The channel catfish (Ictalurus punctatus) are found in heavy current and most divers and spearfishermen have rarely even seen this type of catfish. It’s called “barbu” in Québec and here is the government chart for the fish : https://mffp.gouv.qc.ca/faune/peche/poissons/barbue.jsp

To be honest, it’s barely “spearfishable”. You may shoot one by chance once in a while if you hunt deep close to channels swept by heavy currents, but to actually target them is on the insane endeavor level for most people. That said, with the new provincial regulations banning walleye, we’ve been reduced to hunt for fish far too easy to shoot (bass), so this is quite a find for us. It took us three years to find this new challenge in the St-Laurent, but here it is! This renews my love for the seaway spearfishing. This is a game changer and may be the single good thing about 2020.

Fun fact: It looks like a killshot, but it wasn’t a killshot… the fish spouted shit high in the air once in the boat… and JJ got some in his mouth! You can see him gagging at the end mouahahaha.

Do subscribe to my chanel! I need to buy new cameras!

There it is! I made a roller speargun with clothe-line rollers and a 5$ cedar plank, and it shoots great!

For years, I waited for a side by side comparison of rollers vs standard spearguns. Oddly, there were none. So I made a roller and now we have a comparison.

Shot this yellowtail at 23 meters near La Paz. I was fishing with my 130 with two bands and a 7.5 mm tahitian shaft. After landing this fish I started using a slip tip. Given the power of those monsters, I didn’t trust my ability to always get a good shot. It took forever to bring back to the surface. I stabbed this one also jajajajaja (my mexican maniacal laugh).

The shaft was a 7.5mm and the slip tip was a Spear Master (so was the shaft, I love those).

As it happens, I shot a leopard grouper with it. It was the second large grouper I had taken with the slip tip in a week… that’s what happens when you use a slip tip, every fish is going to offer itself for slaughter so you can’t use it on pelagics… anyway.

I didn’t hit anything but the fish and the thing bent like butter. This thing is made from non heat treated metal it seems…. 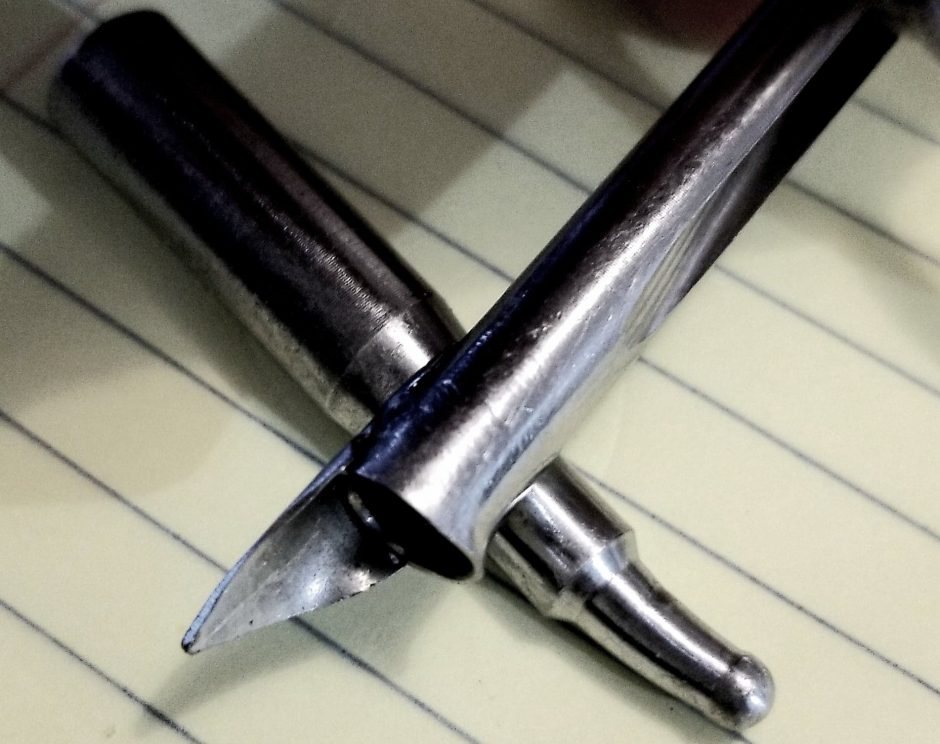 The ordeal with the grouper was not over… it swam through every coral holes it could find! And then I lost my gun! Fortunately Terri Lynn was there for the rescue! 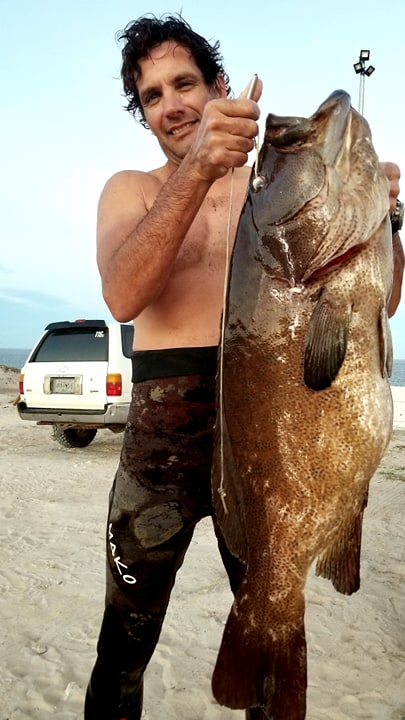 This is my largest yellowtail yet. I couldn’t grab its tail, too large… so I improvised. 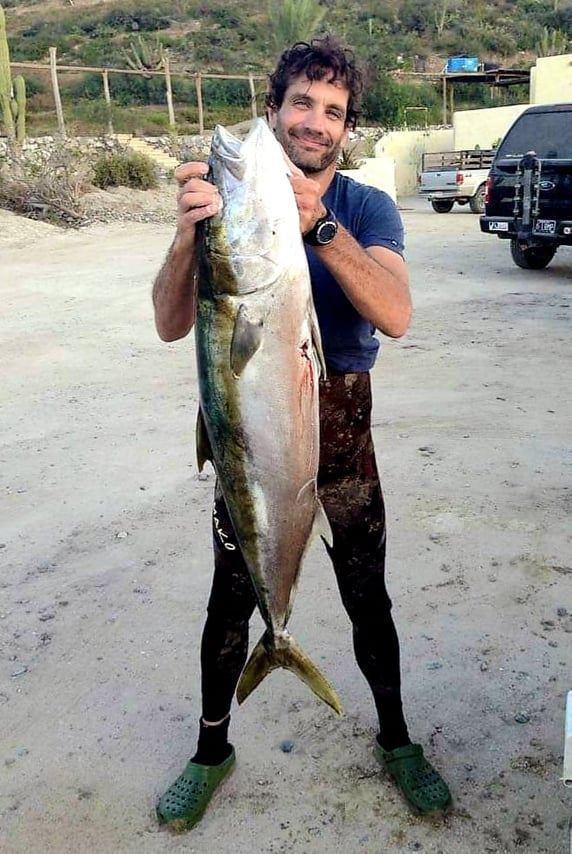 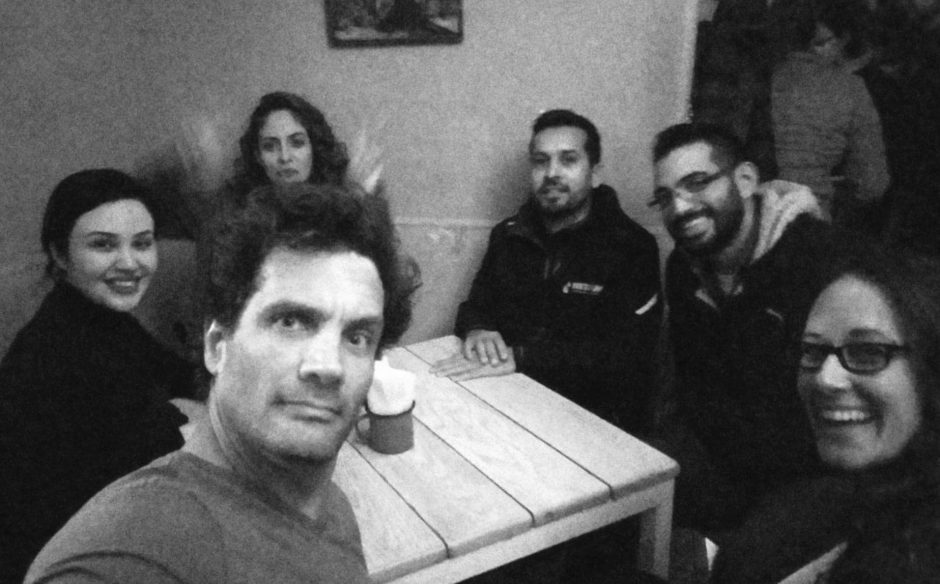 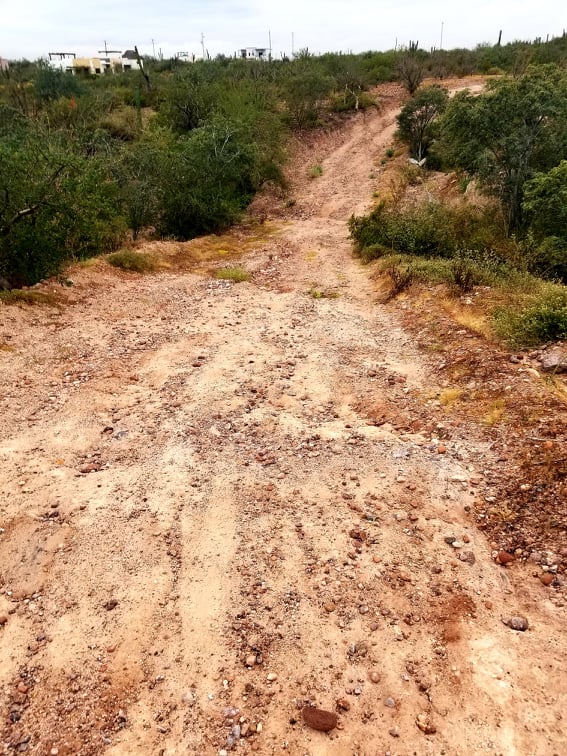 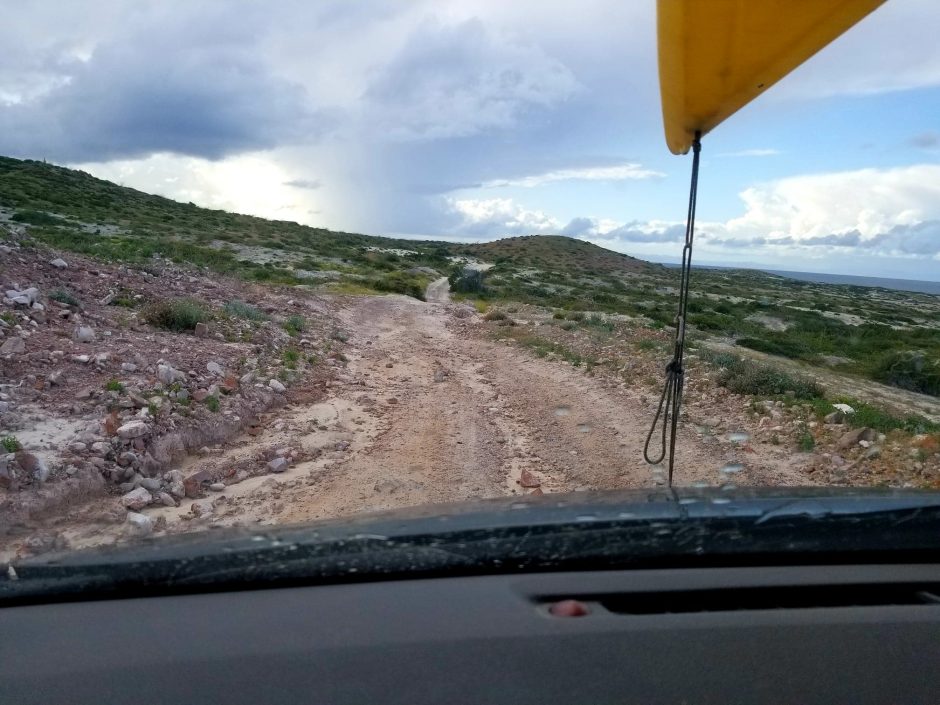 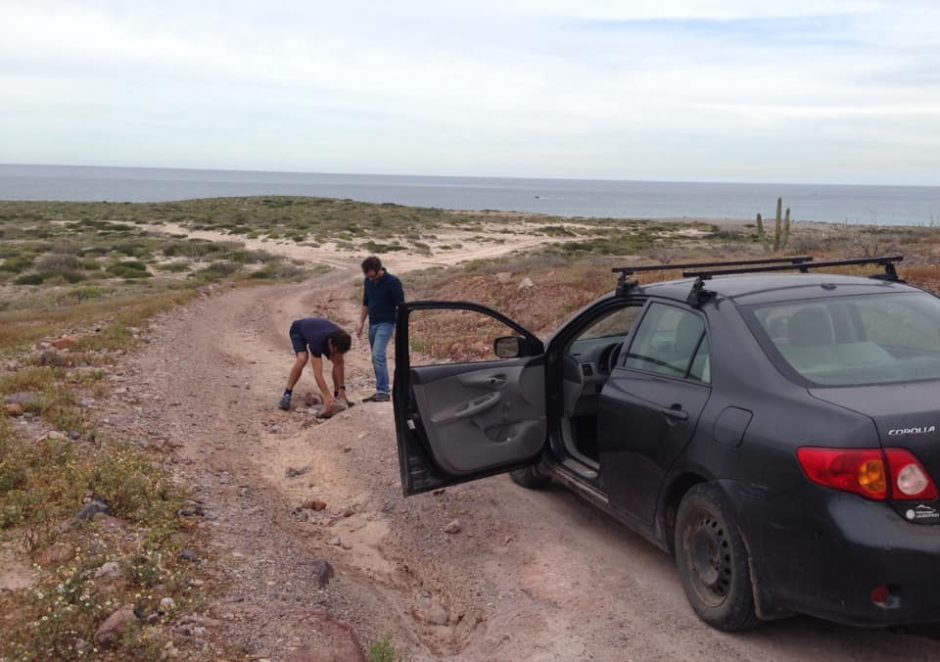 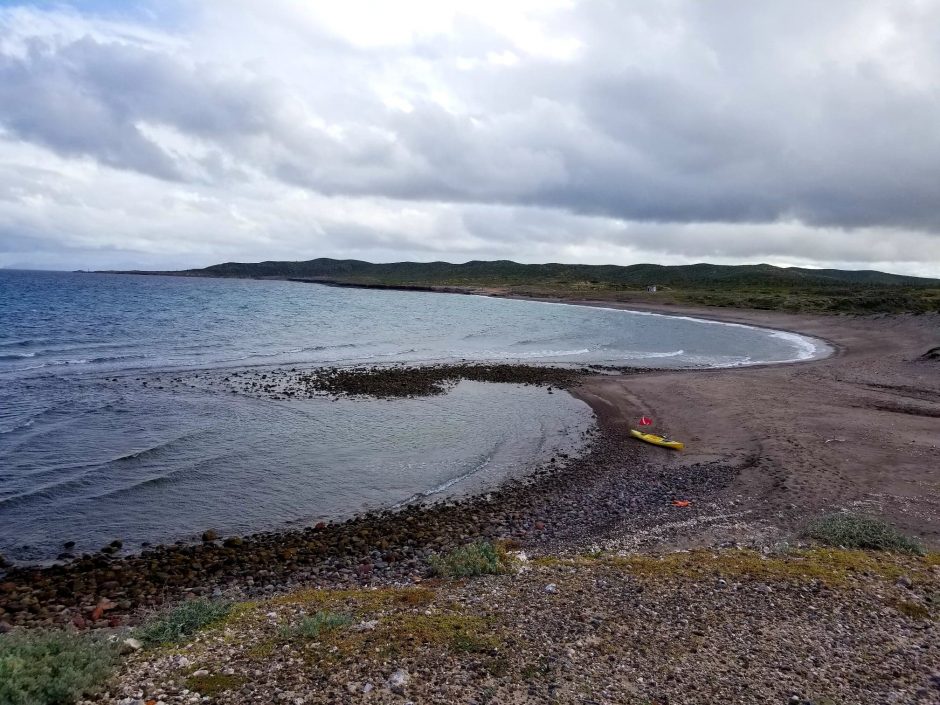 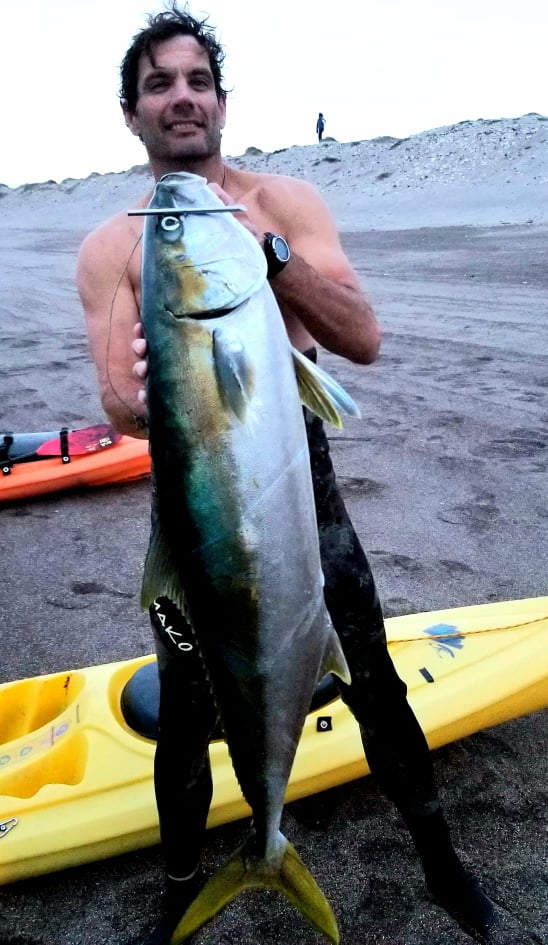 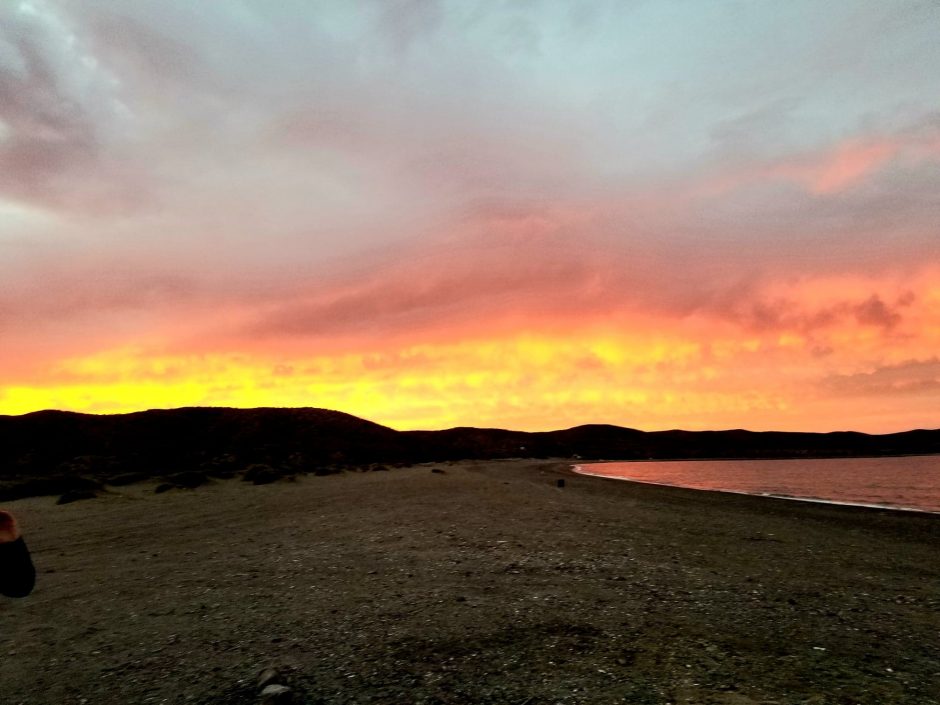 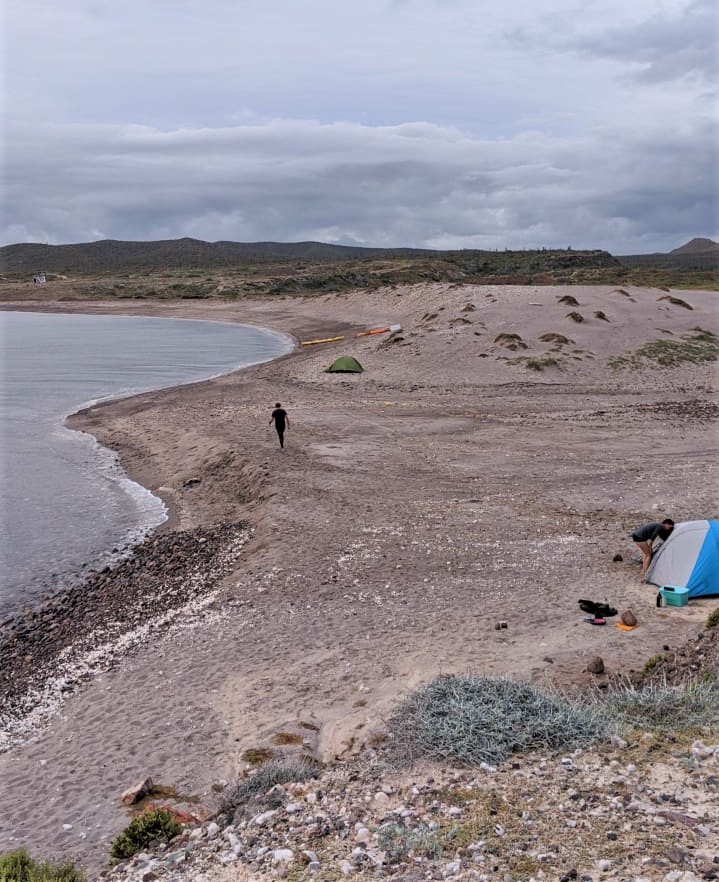 On a windy day of the first week of January, I dove for cabrillas on a dropoff. I saw some groupers but since I shot a few in the last week, I was not interested in anything smaller than a world record (31 pound for leopard grouper). It was nice to see all those fish anyway. I don’t take their presence for granted anymore; not after many weeks of very slow activity.

The owner of Offshore Lifestyle, which had just saluted me from his boat while I was in the water on the grouper spot, had taken wahoos the day before, so I decided to go checkout a wahoo spot a few kilometers away.

The visibility was absolutely terrible. I could not see the bottom before almost touching it. I was diving on top of rocks at 25 meters. I’m sure I could have shot groupers there, but that was not my objective. I scanned the upper water column.

On my second dive I shot a 25 pound yellowtail right in the head. Not a wahoo, so I dragged it to the kayak and headed back. This time I shot an amerjack… not a wahoo…. So I tied that one off and tried a third time. The sun was going down.

This time, I waited a little longer on the bottom, but sure enough a shape appeared in the muck. It was another yellowtail. I took the shot. I stoned it dead. The shaft continued its trajectory and sank somewhere in the muck. I headed back to the surface, only to be stopped. The shaft barb had caught on something. No problem, I have a reel! Or so I thought… 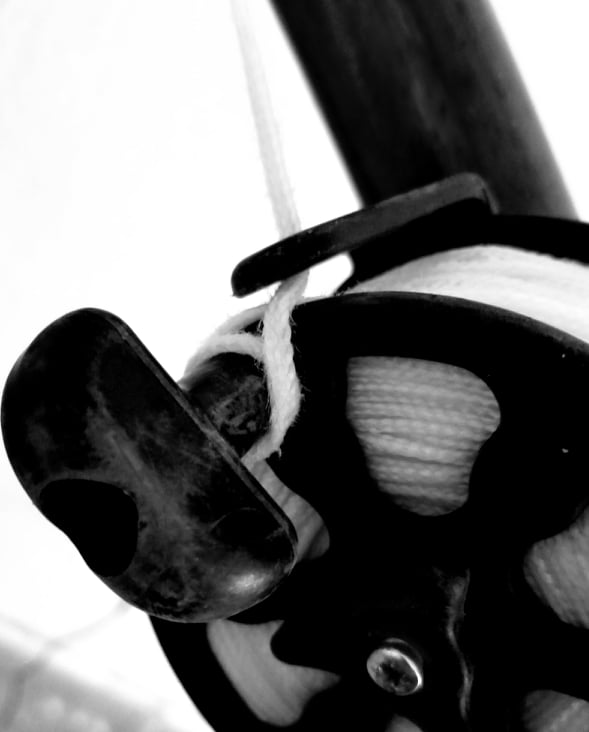 line around the handle!

I pulled a little harder, the reel was not doing its thing. Gulp. I was 15 meters from the surface. The visibility was so bad that I knew I would not find my gun if I let go. I checked my reel… the line was entangled around the handle! I tried to undo it. I was still good on air. The knot was hopeless. I couldn’t go back down to see what was up with the shaft.

Just as I prepared to let go of my favorite gun, the shaft freed itself! I made it to the surface with the gun! I may get a belt reel… I never thought of cutting the reel line… 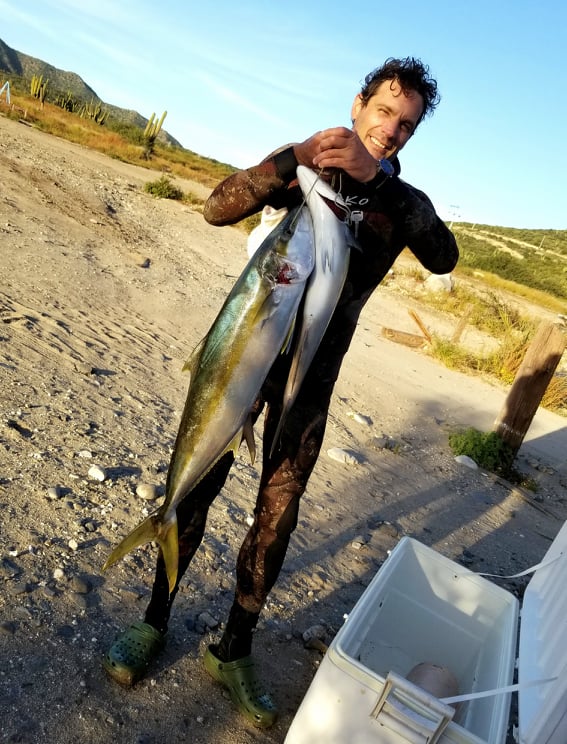 I designed this quickly as a solution to the belt reel problem. This would be in a small pouch on the belt. Something would have to prevent the line from coming out for no reason. Perhaps something would have to break for the line to be released. After use, the line could be put back on the spool easily since the spool can be removed… If I had a 3d printer close by I could try it. 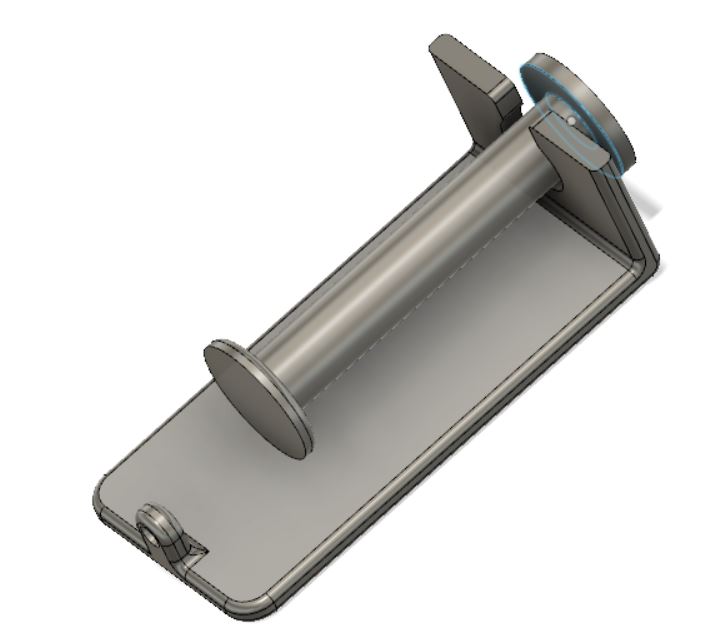 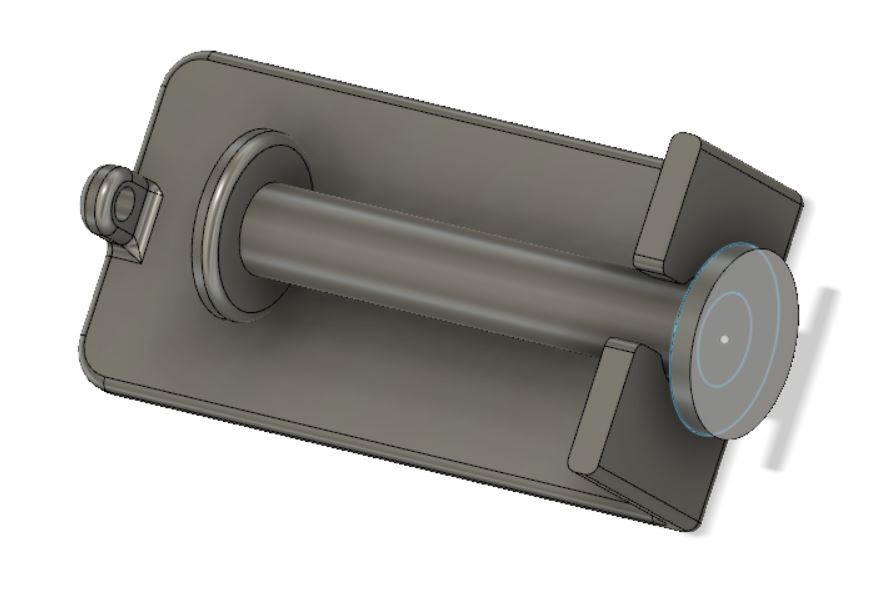 oups, this would work better. 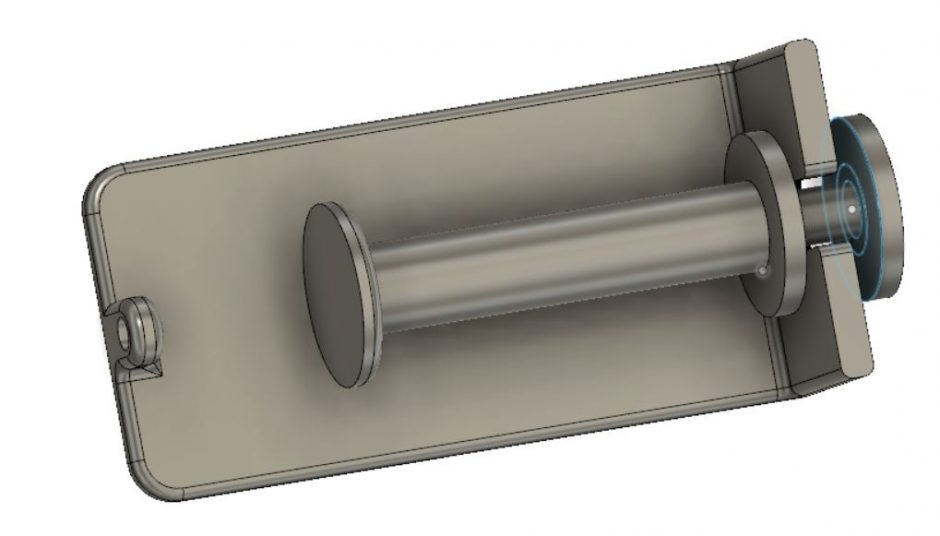 Or maybe a lateral solution : 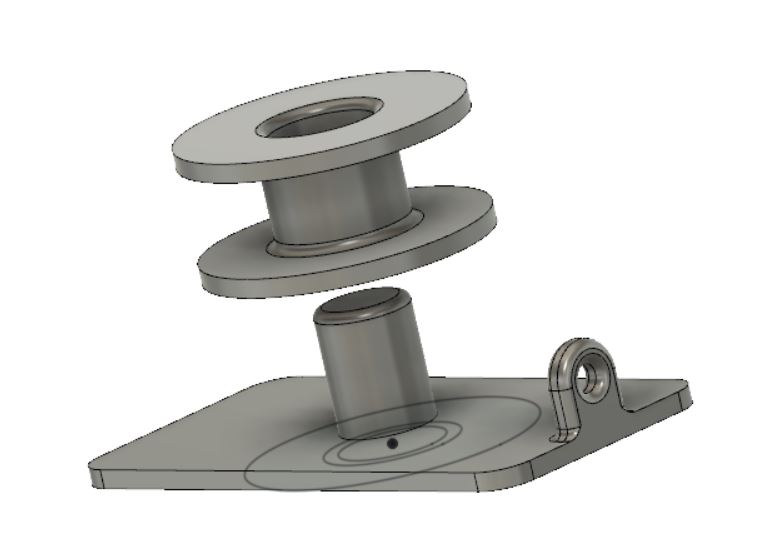 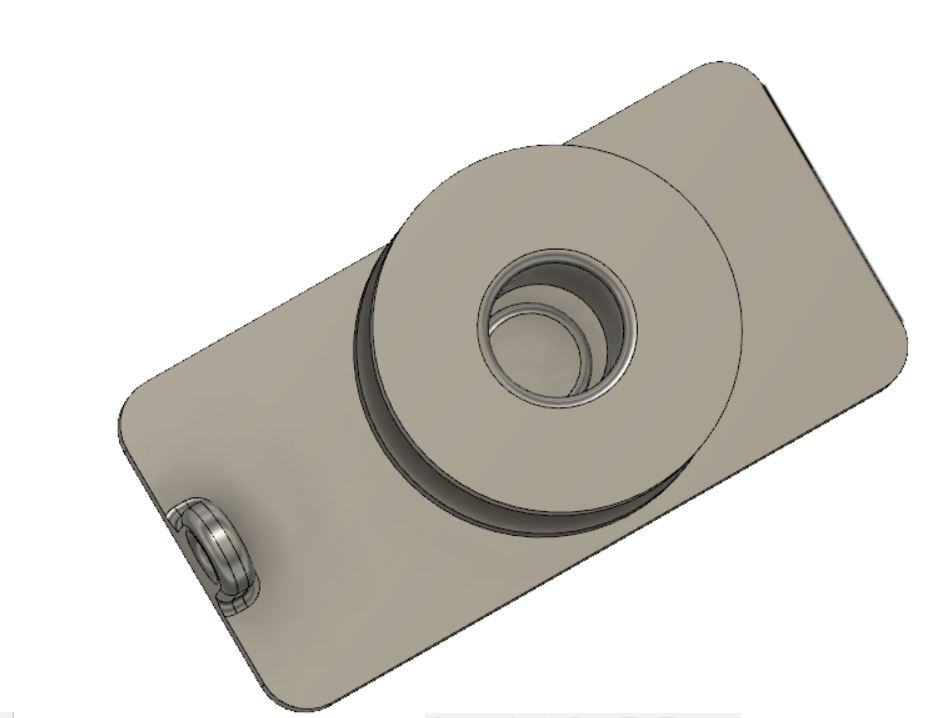