I was diving an hour from La Paz. I was looking for snappers and groupers. That day I found very little fish. When I finally did, they were hiding in holes past 25 meter (80 feet) and they were not big. I got a yellow snapper at 26 meters and a grouper at 24. The current did not help make things any easier. I’m not complaining about the difficulties. It’s the sort of action I prefer above all other type of spearfishing. I get to exercise and have a challenge…

Every time I went down, I found myself 100 meter from my point of descent. I either kept drifting far from my kayak or I had to swim a lot, so I decided to pull the anchor and keep it in my hands. That way I’d be able to drift without care and use the weight of the anchor to go down without kicking as much. I hoped to undo the anchor from the surface but, as usual, the grappling wedged itself in the most unlikely crack.

I took a few breaths and went down to retrieve my 3 pound grappling, my gun in hand.

When I finally reached the anchor (beginning of the video), I had to wiggle it quite a bit so it would let go. Since I had been diving past 25 meter for over an hour, it was not very taxing. I even decided to keep the grappling with me on the way up. I could have let it go and pulled it from the surface, but I expected it find another crevasse (see Murphy).

I had the super long 150 cm gun with me. I use it more and more for snapper (other story).

30 feet from the surface, a shape appeared. It was a wahoo. I knew it even though I have not seen those very often anywhere around Montreal or Rhode Island.

I turned my extremely long gun towards it and closed the distance by changing my direction just so.
I was fishing for snappers and grouper, so I had a reel and a Tahitian shaft. This was not a bluewater setup, but I had a good shot and I took it. The fish torpedoed! Wheeez! The reel turned like crazy. The fish disappeared (the footage is eloquent).

My kayak was right beside me when I surfaced. This was quite convenient. I tied the gun to it. I now had the kayak for a float and I reduced my chances of getting entangled. This fish was powerful enough that I didn’t want to test what would happen it I got snagged.

I played the wahoo as much as possible. I was almost at the end of the 30 meters of line in my reel. It didn’t matter, the kayak could move and I kept the fish from going far. It took ten minutes, but I finally put my hand in the gills…

The fish did not fit inside the kayak, the cooler or my car. No matter, I was a very happy person. 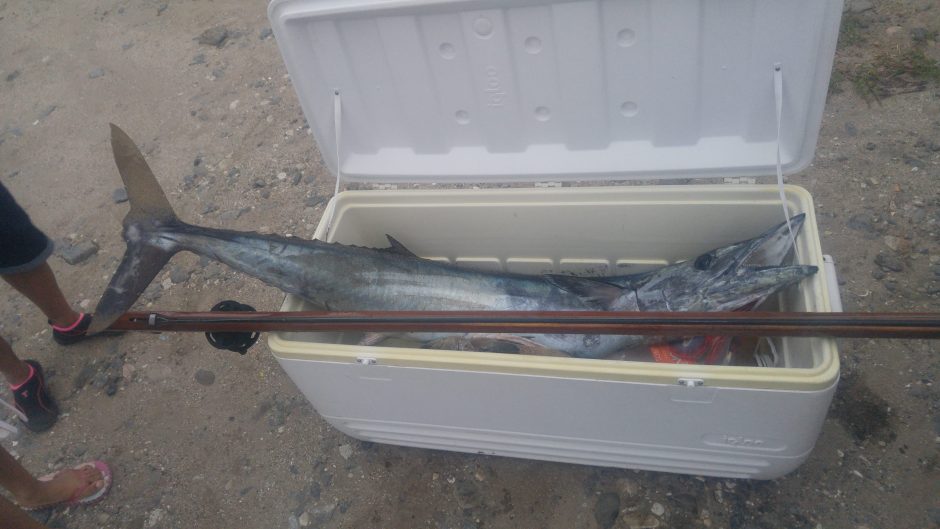 The adventure continued… When I got to shore, the sun was down. I took pictures etc… but my routine was changed by the fish. And I forgot the camera! I found out once I was home, all excited to see the footage… Man did I look into that bag and on the floor of my car. 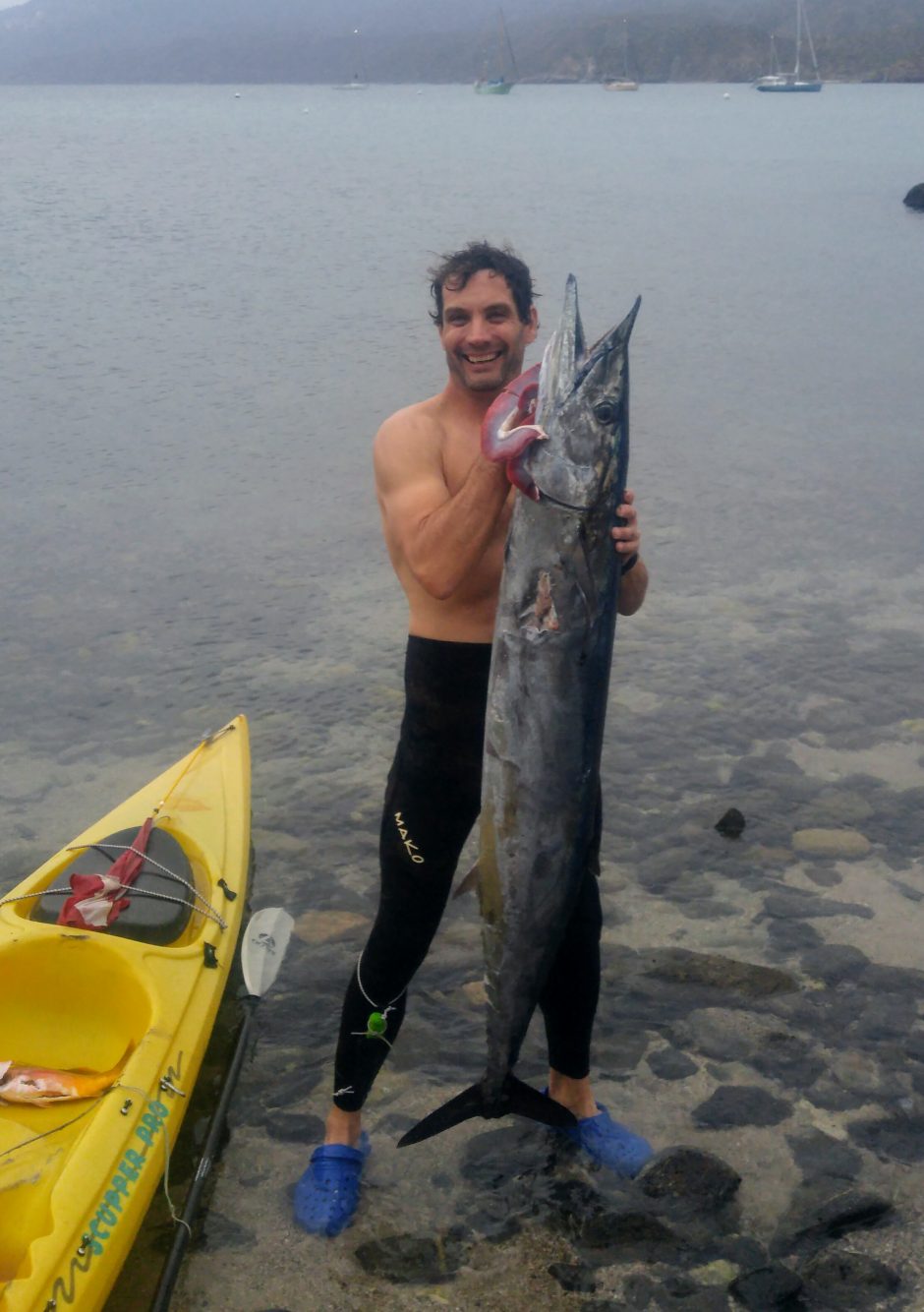 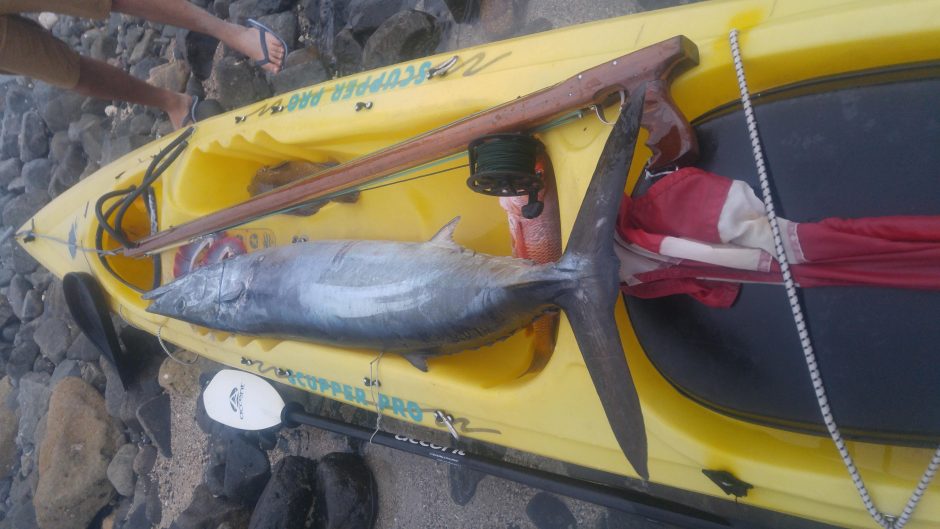 I had to go back to get it, but it was dard! Since I dodged cows in the dark all they way back to La Paz, I had to wait for morning. I even passed a SUV that had hit one a few minutes prior. Anyway, going back was out of the question… so I put my alarm on (not something I do in La Paz very often). 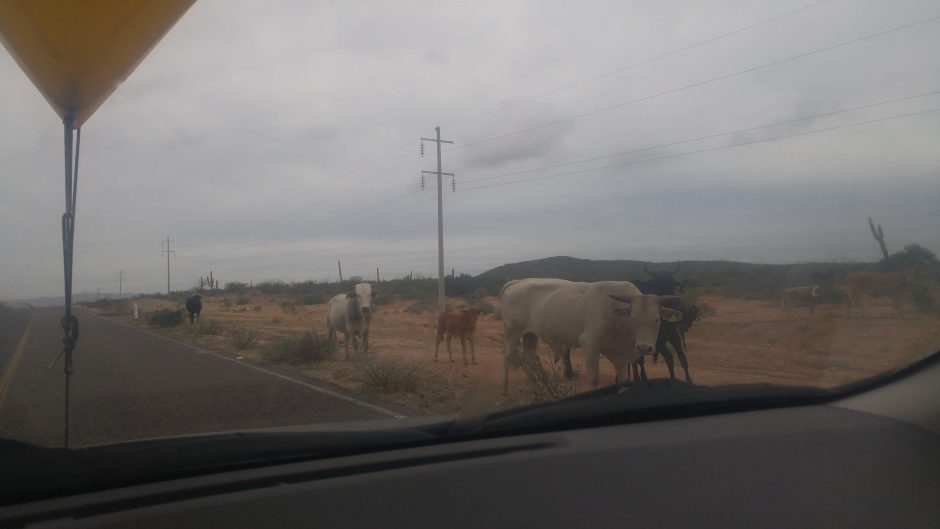 Driving back the next day, I’m shopping cameras in my mind… but behold, it was waiting for me in the pebbles, with the wahoo footage in it’s little brain! 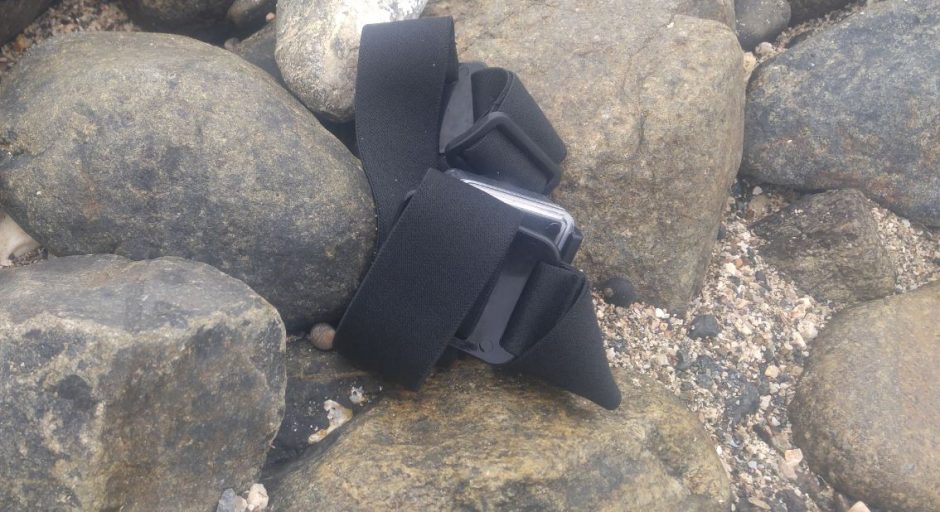 One thought on “50 pound wahoo taken with my snapper gun”