The last two weeks were a transition period according to the locals. There were very few fish. I was lucky to shoot a wahoo and some pan fish.

Three days ago, the water cleared up quite a bit, the temperature must have changed but my watch still said 21C. That day, I saw groupers and pargos in great number. I hoped this was not a strange occurrence due to some weird water current that would not last. Divers told me the area would suck for about a month, which corresponded to what I saw in 2018. I didn’t want it to be true.

Yesterday, I went out again, hoping to confirm that the fish were back… I dove the same spot where I saw all the action 72 hours prior. The water was clear but alas there was nothing, desert, no life, even the little aquarium stuff seemed to have vanished. What a bummer! I dove the clean blue dead water for two hours…. all by my lonesome.

At 4 pm, I finally see one, then two cuberas. I shoot one in the mid-twenties. This was encouraging but I was still a little skeptical.

After I get the fish back to the kayak, I resume diving hoping to see more fish. I wait on a rock at about sixty feet. Stuff comes out of the edge of visibility. Soon, there are fish everywhere! I am surrounded by large cuberas! I keep my finger off the trigger, waiting for something larger than what I shot. I could have filled my kayak with twenty something pargos, but what’s the point?

I’m down on the bottom taking it all in, admiring the fish circling me, I’m still hopeful to see something in the forties, when a 400-pound sea lion comes into view. It swims with the cuberas. That thing is big and looking me up from six feet away. I’m not sure I’d want to shoot anything while he’s around. I can see where that would go! I don’t believe I have ever seen a sea lion that size. It was dark, almost black. Unfortunately, my camera was back on the kayak, out of juice. When will we get more than a few minutes of battery life on those action cameras?

By this time the sun is twenty minutes from setting. I’m an hour of paddling from my car and the wind is very, very strong. I don’t want to, but I must go. I pull my anchor and as I’m changing to my kayaking shirt, a plume of water explodes no more than 30 feet from me. I could not see what type of whale this was, but I bet it had a black and white pattern… You have to love Baja. 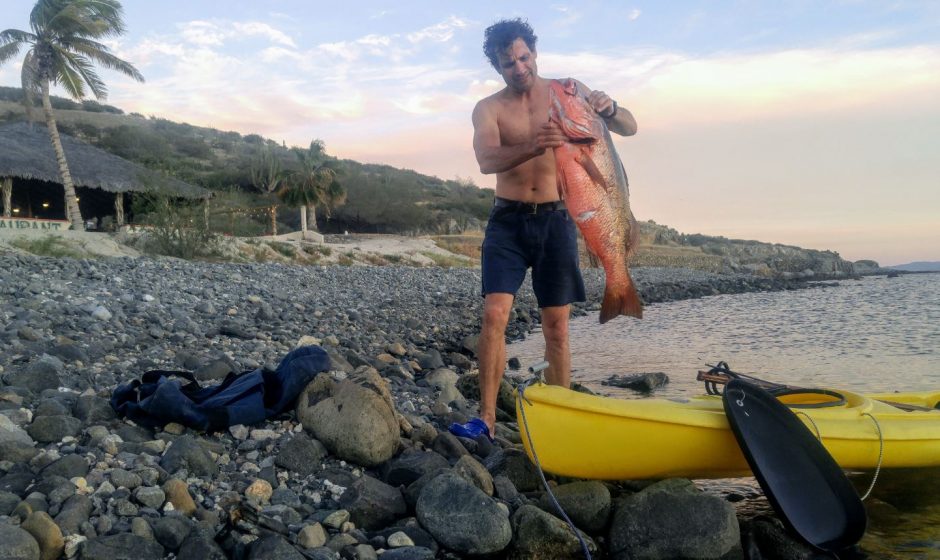 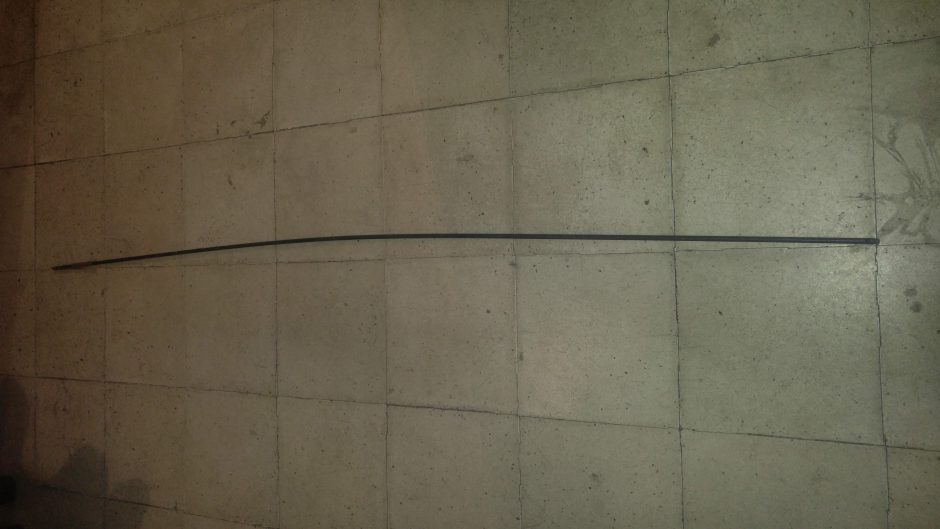 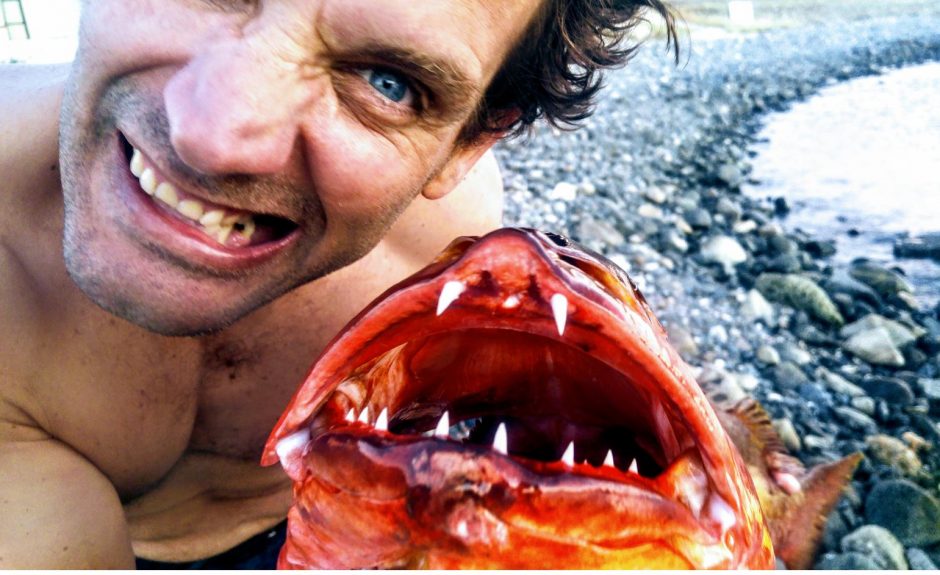 40 pounder the next day. 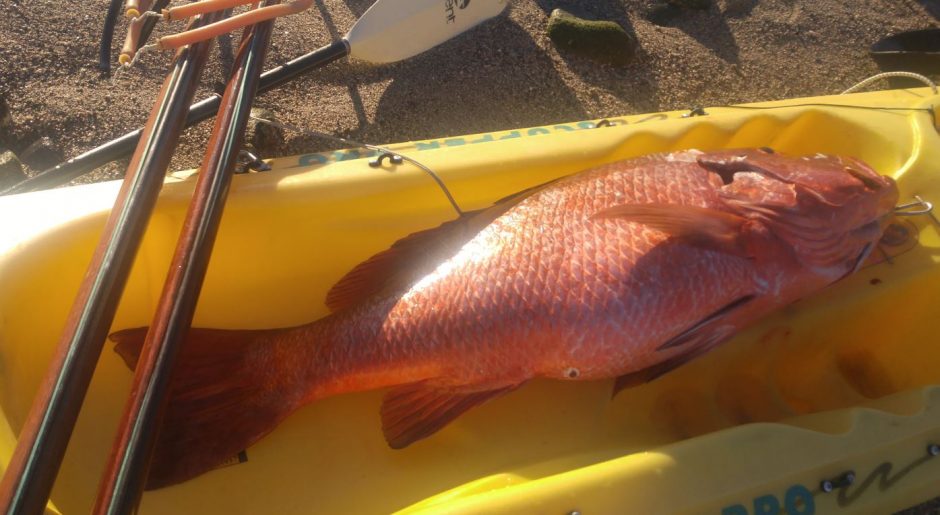 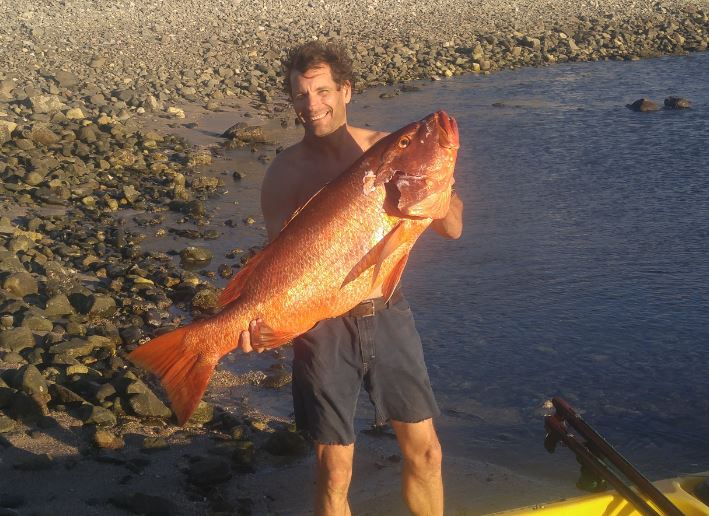