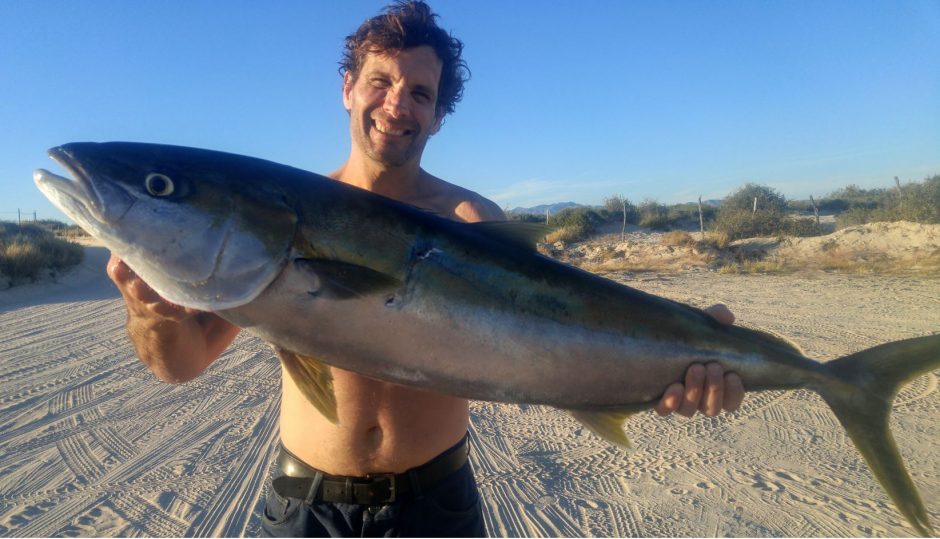 Whenever I don’t have a cold it seems that every sick person feels cheated and will jump at any opportunity to swipe some of their snot on my food or face… This is no paranoia. The legions were out to get me! The lady at the bakery that coughed all over my food and used her diseased hands to bag my pastries was only the most obvious suspect. No doubt the gas station attendee had sick kids coughing on his hands between fill-ups…

Well congratulations! I am now part of your contaminated legions. I can now ear strange rattling and humming sounds coming from my chest. Fortunately, my sinuses have been spared, for now. I hope the low hum I often emit when I breath-up attracts fish.

It sure brought me luck though…

On the first day of my disease, I dove a spot where I lost a shaft a week prior. The mono had given up… It never happens to me. I’m very good at keeping my gear almost adequate. Seriously, I can only recall the one time I lost a shaft to a striper, about 15 years ago. That’s how often this happens.

Anyway, I dove the sands, far from shore, in about 80 feet of water. There was nothing around except sand, no rocks, no boulders, nothing, just sand. I dive this sort of area to see yellowtails and other pelagic. It helps if there are grass eels…

Since the visibility was only 20 feet, I couldn’t see the bottom until I was 60 feet down. It’s a great way to get anxiety if you are sensitive little wuss like me… All this to say, I couldn’t see much of the bottom each time I went down, so I was very surprised to see my long-lost shaft laying on the sand, slowly rusting as the red color of the sand touching the shaft showed. BTW, the only parts that rusted were the areas where the shaft was in contact with the bottom… Mayne someone can comment on this below….

Anyway. I was going down the slope, looking between the rocks when I saw a hole that I taught could hold fish. A lot of the holes have multiple communicating passages and are not that good for hunting. Let’s just say that you must shoot fast before the fish simply moves a few inches to get away from you. These structures don’t give you much of a chance…

So, this crevasse looks promising. I did not have my head inside the hole. I was looking from a few feet away, but I saw meat. A wall of meat. I assumed this was a large fish, not a seal or a moray eel since there were scales… The silhouette said 20 pounds, or more, and moving slowly away. I shot well inside the hole. I good hit. The shaft wiggled a bit. I could not get it out right then, so I went back up letting the reel spill some line.

Back into the hole, I had to twist and pull quite a few times. The fish looked dead but moving… uh oh… what did I spear in the back?

I finally pull the 25 pound cubera got out, and found that I had shot a second cubera in the head. It was the one fighting. The poor thing was only 7 pounds. Anyway, that was my first double on cuberas! A very lucky day indeed.

Sebastien insisted we go fishing. I would have laid in bed all day otherwise (not).

The wind was up, but I kayaked, wheezed and coughed my way to some yellowtail area.

I took the 150 cm speargun with three bands. I pondered about taking the 130 cm gun out of the hatch and keep it attached on the side of the kayak so I could take it quickly… but noooo.

The strange wheezing coming from my lungs attracted baitfish. I started diving at the base of the deepest rocks. Only 50 feet where I was. Hey I was sick!

The sand at the base of the rocks are found at depths of 50 to 90 depending on where you are along the shore. The bottom stays level for about 100 yards, then plunges to 200 feet according to my depth finder. I try to land on the slope at 70 to 80 feet, no deeper than 90, to wait for fish in the abyss to come and say hello. There was no more than 20 feet of visibility, more like 15, worse than on day one. The eerie thing was that the water cleared up quite a bit at 75 feet, so the abyss looked black and stuff that came out of it were likely to give me a heart attack.

It took a while, perhaps forty minutes, but as I was at 67 feet (19.5m according to my watch) when two yellowtails passed by. I shot the second one. I had not been on the bottom for very long (my total dive was only 69 seconds on the watch), so I took my time in order to give it as little resistance as possible.

The yellowtail did not give me much of a fight, but it wouldn’t die. I pulled on that line very delicately, inching it to the surface for 26 minutes, yes almost half an hour. I didn’t want to lose that fish with delicate skin. I had a Tahitian shaft through it, and I couldn’t tell how good was my shot.

Once the yellow was close to the surface, I saw the shot was pretty good and that none of the flesh had torn… Hell, I had taken my time, but I was about to lose it by wrangling it in, no sir, so I slowly steered it to my kayak. There I somehow took my 130 cm gun out of the hatch and loaded one band…

The second shot did the trick. The yellow simply froze.

There, to make it look bigger! 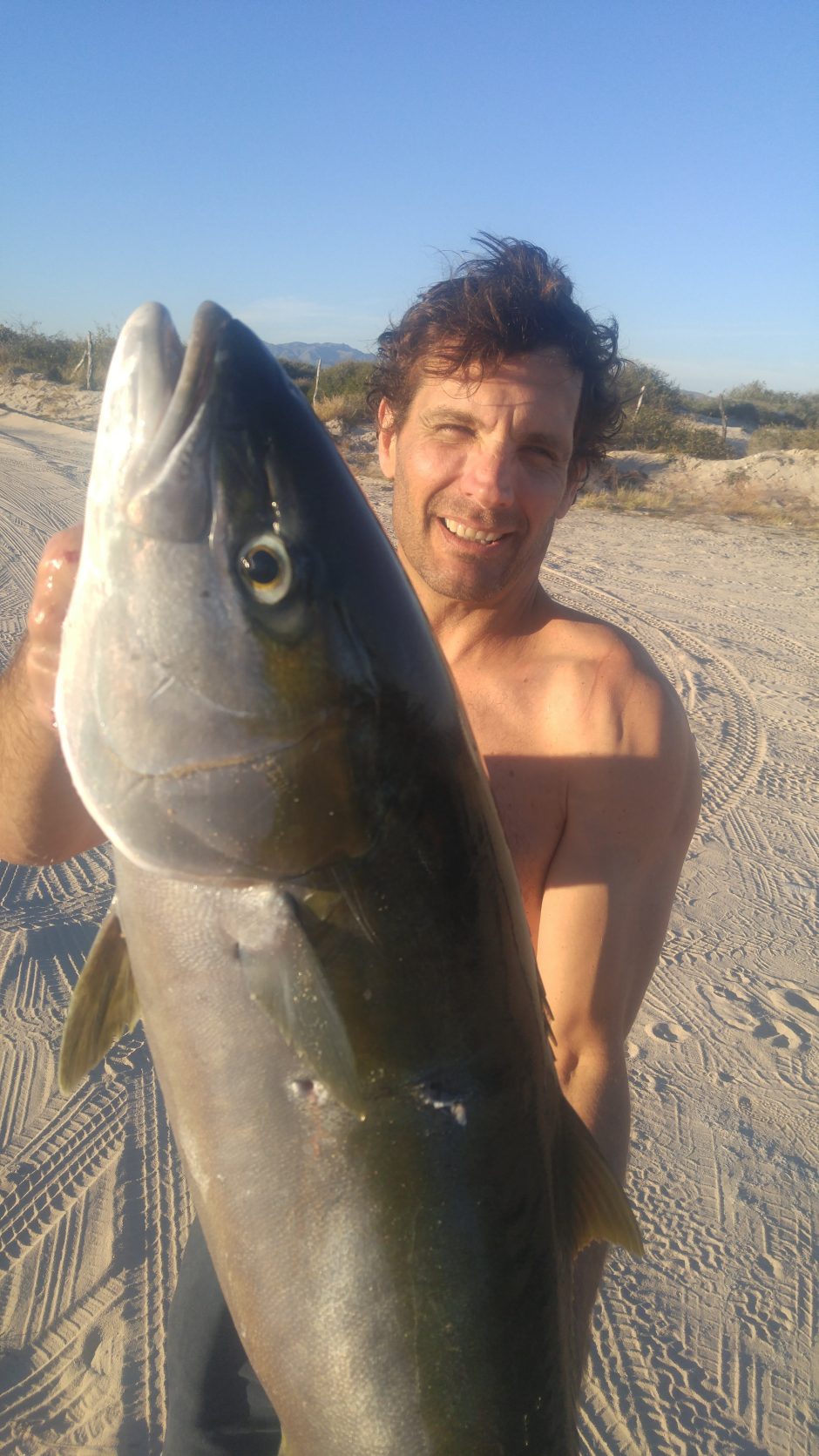