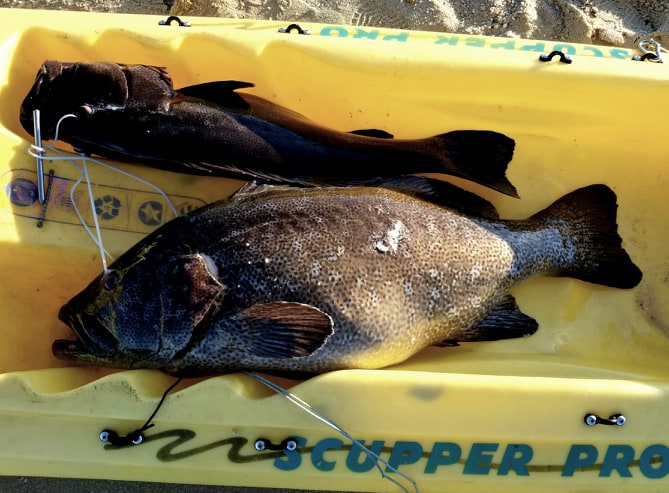 On january 2 the wind calmed down a little around La Paz. The only waves were confused remnants of the previous days. It was nice to paddle without constantly looking out for the next breaking wave that meant to take me out.

The sun and comfortable seas did not mean the visibility had to be any good, and it sucked. On the surface I could see 5 meters, on the bottom it extended to 6, maybe 7 meters at times, and that was not before I reached 21 meters. It felt like Rhode Island fishing.

I dove and dove, trying to keep a positive outlook, but for some reason the bottom was barren.

To cover an increasingly large area, I moved my kayak maybe five times. I was on the right sort of rocks, yet there were no fish. Seriously, nothing apart from chubs and porkfish.

Then finally, as I remained motionless at the bottom of crevice, I saw shapes in the muck. They were not coming close but I had my 150 and a bad attitude.