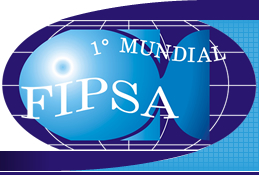 The official site of the competition. 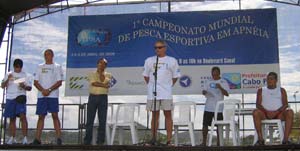 Macaco, Igor and a friend of theirs were waiting for me at the bus station in Cabo Frio. Igor actually spoke English and we were able to plan a dive on the short drive to the Costa Azul Iate Club. I did not expect to be taken by the hand from the airport to the hotel and already appreciated their help but it didn’t stop there.

Luiz didn’t have to do anything like that but he really went out of his way to accommodate everyone including setting me up with Macaco. Since I was in Brazil 10 days before my team-mates it was really nice to have someone to go dive with. It didn't need to be a local that won every title in the region but I was not complaining.

These gestures were characteristic of everyone involved with the FIPSA World Championships. They were all spearfishermen and did not treat us like cattle or clients. I was swept by the Brazilian hospitality and I could sense a definite desire to create a spearfishing federation at the service of the spearfishermen.

They catered spearfishermen with all they needed. Made the entire event very friendly and offered levelled playing field for all divers competing.