I made this gun 12 years ago. I found these old pages in the archives… I still use that gun regularly. Further down you’ll see my second hockey gun as well as the mech of a white oak speargun I used in Puerto Rico ages ago.

Hockey stick gun with trigger activated line release! It started out as a test for a mechanism I wanted to build but I got inspired by how straight and sturdy the stick was.

Holds 6 or 6.5 mm shafts with mono looped at the back. 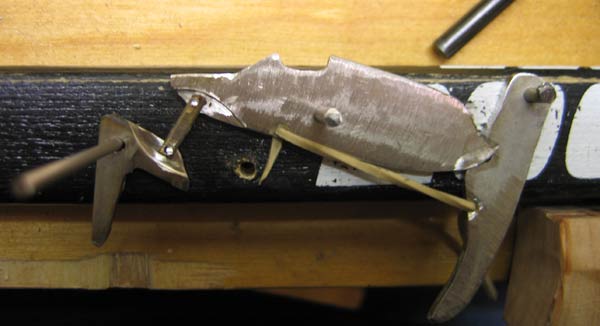 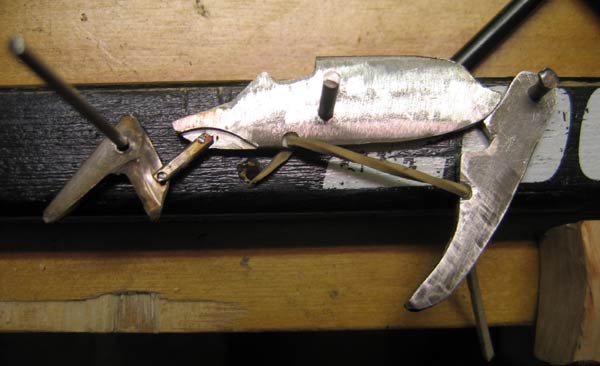 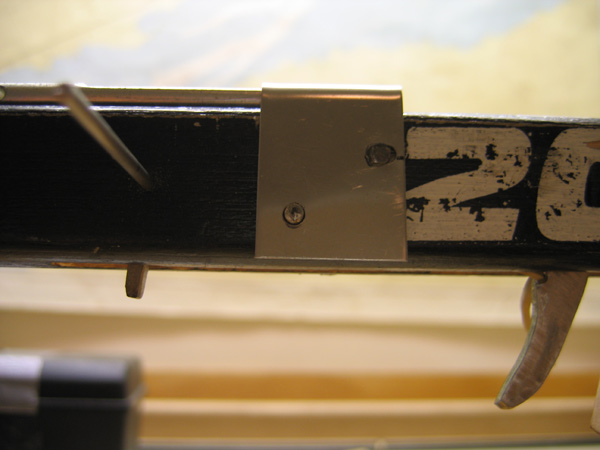 Setting the handle with epoxy. 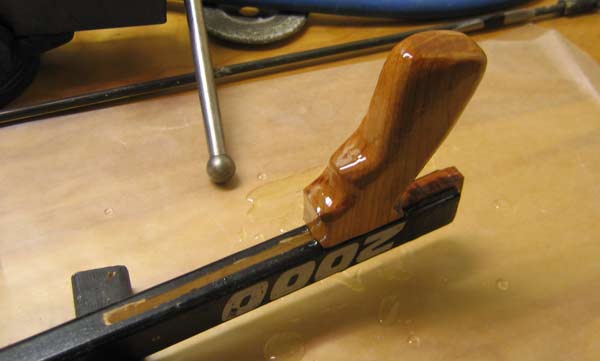 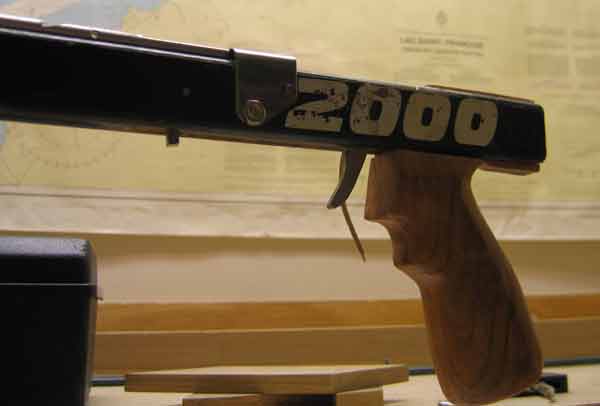 I initially thought of keeping the Victoriaville logo and paint job for fun but the wood is really nice. 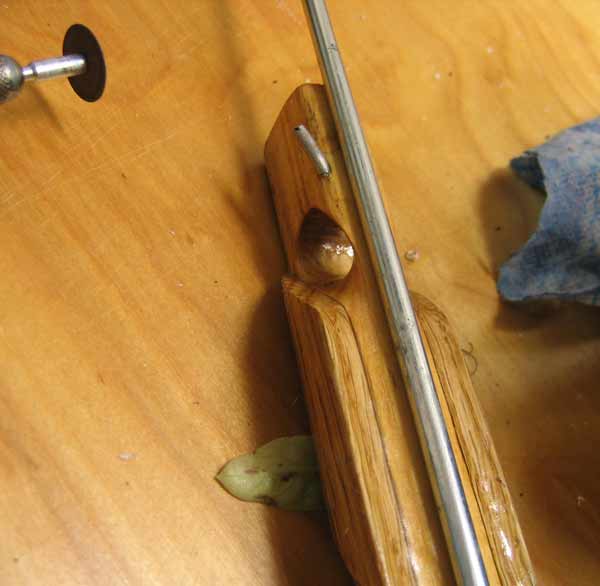 A loaded gun in the house! Notice that the band follows the shaft perfectly.

The first hockey gun aka “victoriaville gun” ended up being one of my favorites but only after I added wood on the sides to make it neutral. Right now that gun will stay perfectly still midwater with the shaft inside. I have added no lead to it. Here are pictures of it now : 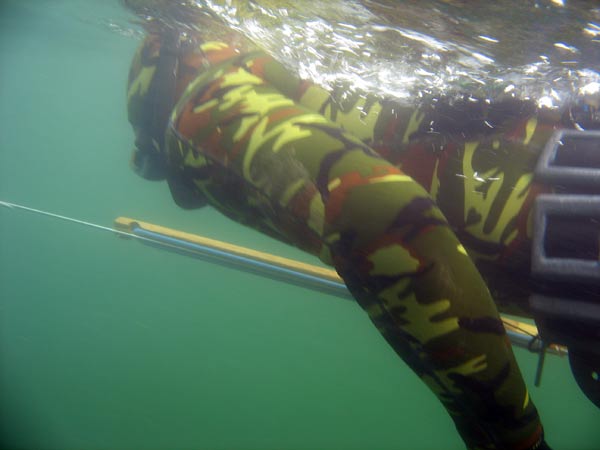 JJ waiting for fish at the dam… The gun appears short on this picture but it’s a full 90 cm fitted with a 6 mm shaft and a 16 mm band. The gun shoots like magic. 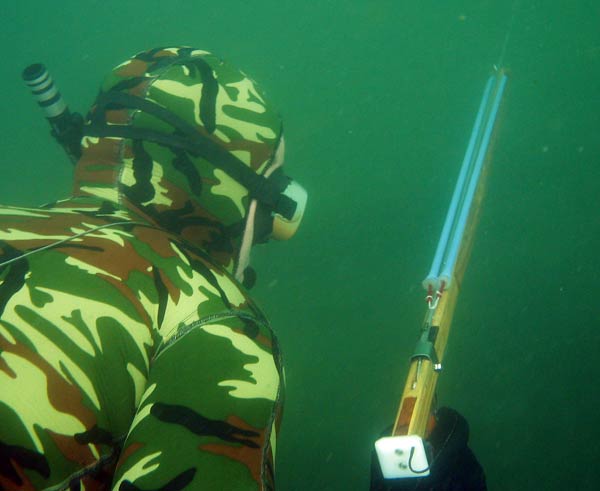 The second generation hockey gun gained from my previous experience. First I put maple on both sides from the start. The mechanism is made of 3/16 inch 316 stainless. The guard is smaller and fits inside the stock but is still held in place by the pins. I thought about using a casette design but that beats the purpose. Casettes just don’t feel the same. Seing the mech in action is part of the fun.

Obviously I have to shape the maple from it’s present block appearance. It’s a 100.

I will also reduce the distance between the back of the handle and the trigger to ressemble the Marc Valentine specifications. 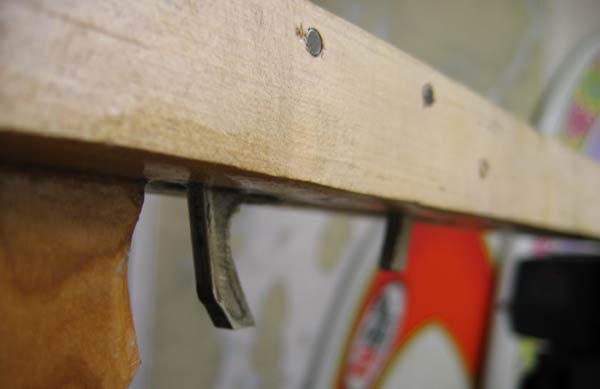 I finally finished the sanding and mechanism. 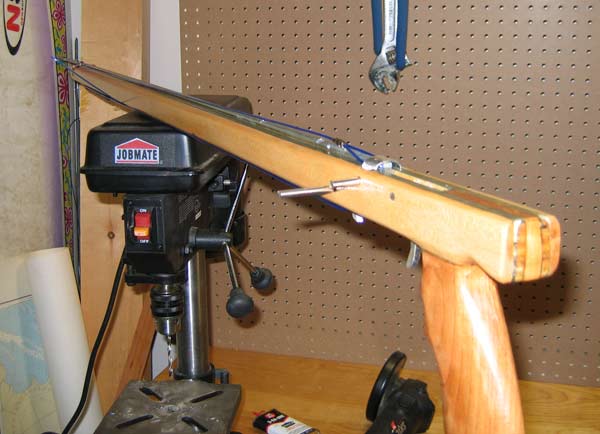 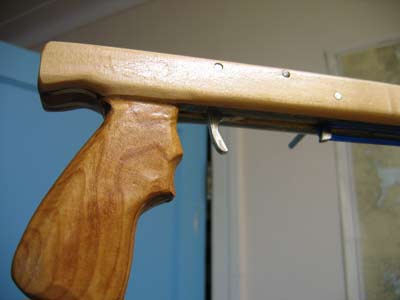 I have to finish the guard. 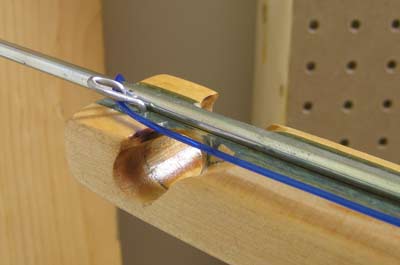 Again, I chose to align the bands with the shaft. Notice the line pin, I borowed that idea from a european gun maker (Deep). 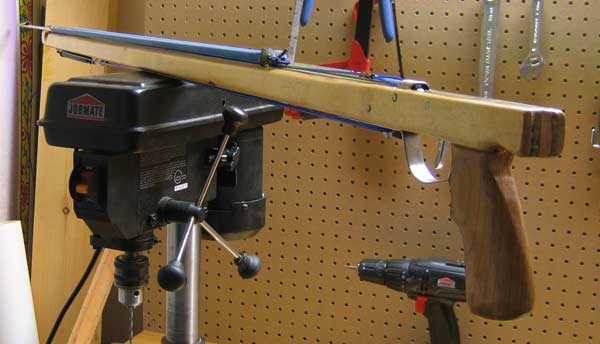 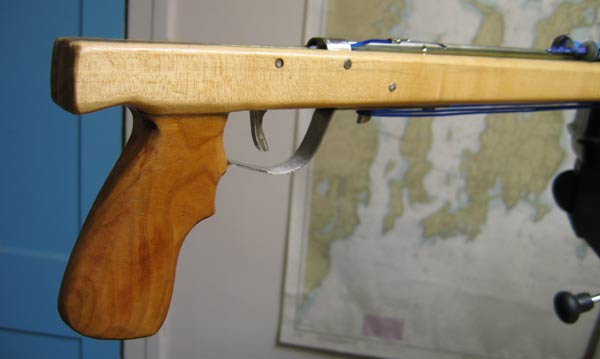 In the water this gun shoots very straight. The one band is plenty strong enough for the 6 mm shaft. You can barely see it reach the end of two wraps of shooting line.

If you let the gun go in fresh water the tip will eventually sink. My guess is that it will be crazy neutral in salt water which is just great. 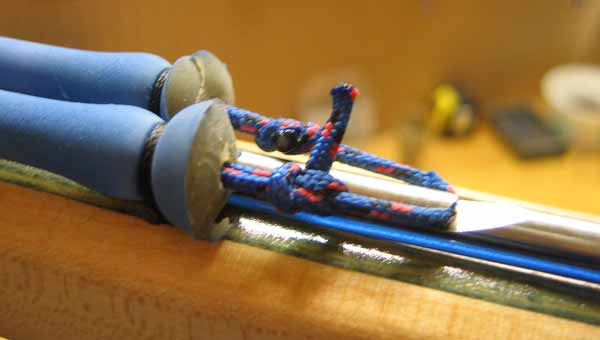 For those not sure how to make a wishbone, here is a simple solution: 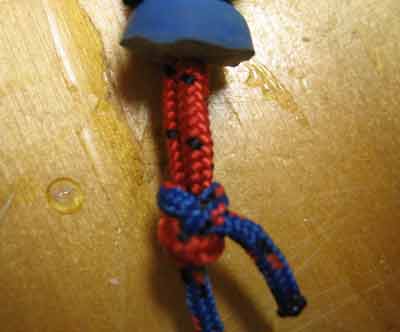 I get a lot of questions about making the mechanism. The thickness of the metal on this picture is 3/16 but the grade is 316 (304 will do but it will eventually rust).
As you can see on these pictures there is no tool investment involved in making a mechanism as opposed to working the wood. I’ve used electric grinders to make the previous mechs but I think I will stick with the metal saw from now on. One tip, make the holes before you draw the rest of the part. 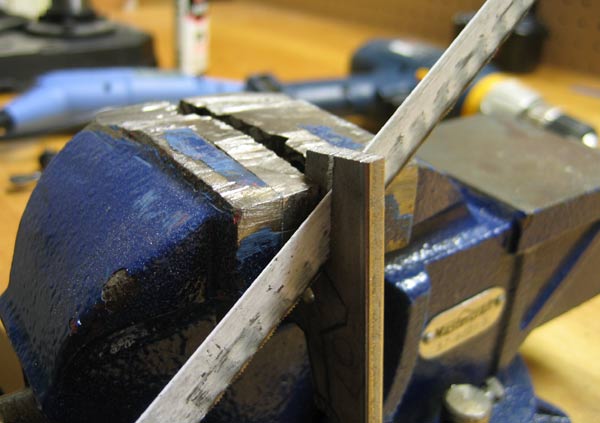 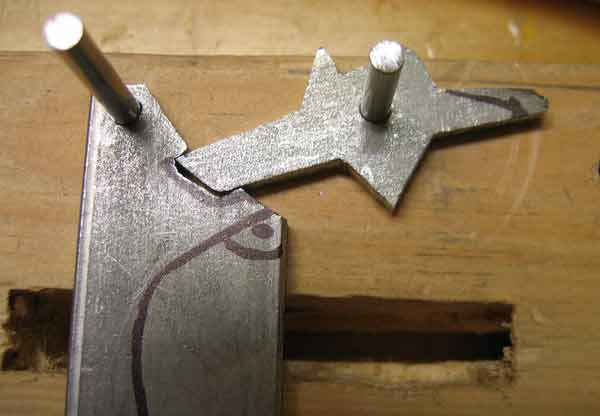 This is about 40 minutes of work with handtools. It’s not the mech in the 2nd hockey gun. It’s going into a 110 with an oak core that I’m building right now. Once filed the mech will be smaller and the two pins somewhat closer than shown here.